This game uses a 61-key MIDI keyboard as an input device, as it was created during a weekend-long friendly game jam with the restriction "no traditional input devices". Tested using an ALESIS V61 set to its default octave mapping.

This is a rhythm game where 2 players try to gain control of the melody. P1 uses the 2 lowest octaves of the keyboard, P2 uses the highest octaves. Whichever player is leading the melody plays a note on the beat from the 7 white keys of their upper octave and plays the melody associated with it. The other player must them play an accompaniment for that melody, and will take damage for any mistakes. If the leading player makes a mistake or the accompanying player plays well enough, their roles will switch.

Download and extract the zip file, run the .exe file. A MIDI keyboard must be connected before running the game.

There's no unityplayer.dll in the zip, can't run it. :(

It should be fixed now, sorry about that

This game absolutely changed my life.

Before owning my first computer, I was homeless most of my life. Growing up on the streets as an orphan, I didn't know the warmth of a home or the comfort of never fearing starvation. I spent most of my days scavenging downtown for food, going through dumpsters, waiting out back restaurants begging for leftovers, and going to the local shelter. It was one of these days where I met Jonathan.

Out in the alley behind Roberto's, who regularly shared his restaurant's leftovers, I saw a curly red haired man crouched in the alley with a laptop. Curious I went over to see what he was up to. His eyes were glued to the screen, and his fingers kept constant rhythm on the keyboard, never faltering.

I sat there and watched... hours past and before I knew it I had been memorized by his Emacs skills until the early hours of the morning. Finally he stood up triumphant.

He passed me the computer. On the screen was an image similar to the one posted here on this itch.io. He didn't say a word. I pressed a key and suddenly everything became clear. My fingers danced across the keyboard creating a symphony of sound that rivals the greatest of musicians. I have never since been able to re create that sound. I found someone willing to take me in and trained in the art of piano. I now have a wife, steady income, and a warm home. I teach music lessons now, and just today a student stumbled across this and showed it to me. My jaw dropped. I can't help but think back to those years of my life that were so desperate. Jonathan, thank you.

This story is obviously made up.  What kind of savage do you think I am to use emacs? 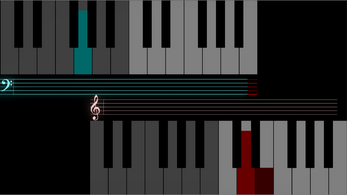 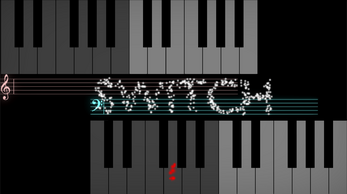