A downloadable game for Windows

μ-DRIVE is a PC rhythm game that draws heavy inspiration from arcade games such as Sound Voltex and ONGEKI.

This is an early, pre-alpha release, destined to gauge interest and receive initial feedback from players. Join the Discord to hang out with other players, download charts and talk to the developer!

It's a rhythm game - hit notes to score points. However, μ-DRIVE has a few additional mechanics on top of that.

No matter which input device you are using, it will be separated in three colored areas, depicted in the diagram at the end of this section. 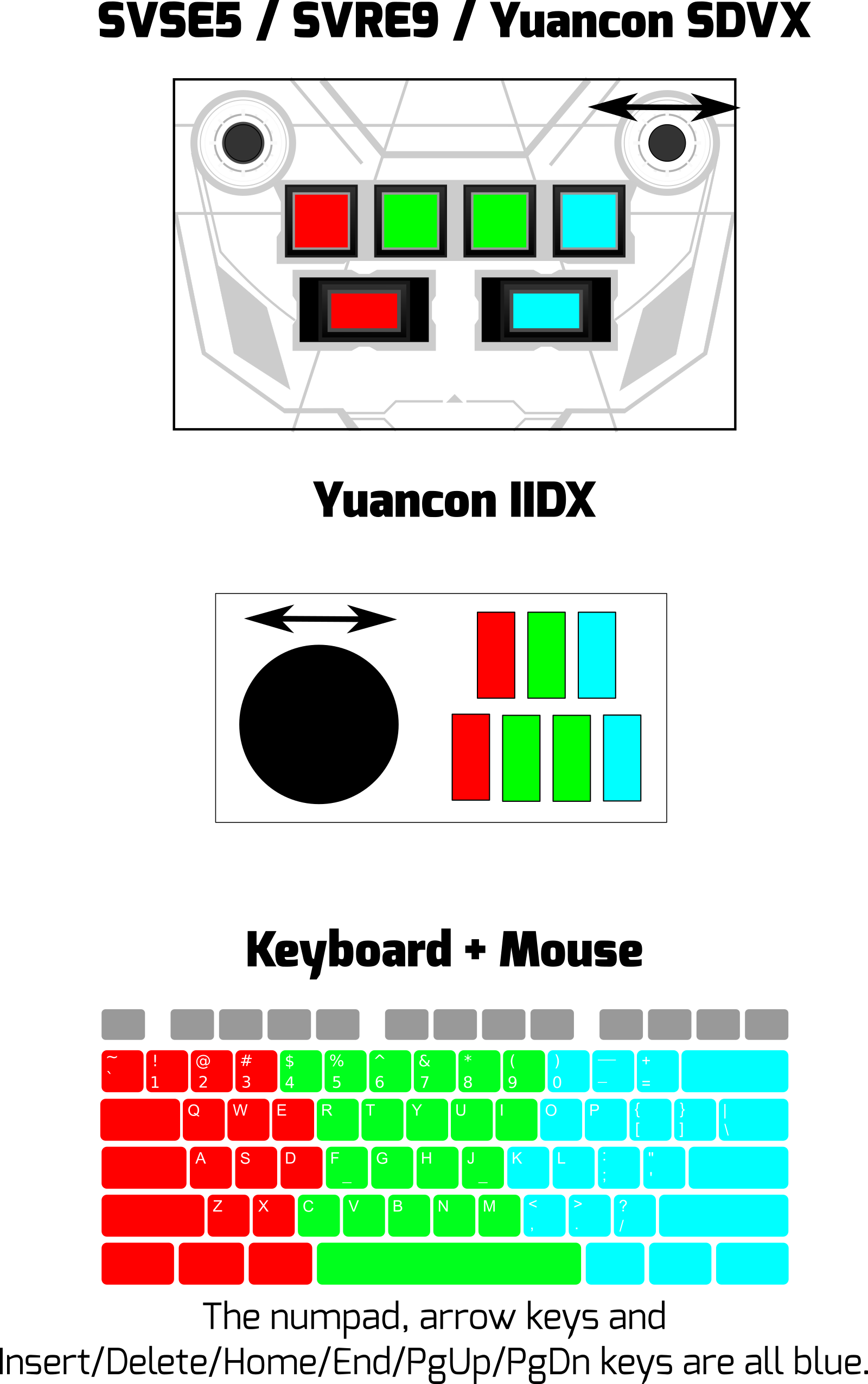 To create a new chart, for now the easiest way is to copy an existing chart folder and replace the audio file and album cover with yours. You can then delete every element in the editor, set the BPM and offset to your values and begin charting. Eventually, using an existing chart as a base will not be necessary.

For support, ask on Discord.

To prevent you from accidentally hitting system keys such as Alt-Tab or the Windows key, the game intercepts and blocks windows from receiving all keyboard input during gameplay. This lets you use the whole keyboard as you wish. If you wish to disable it for any reason, pressing F12 during gameplay toggles Exclusive Input.

You might have concerns about getting stuck without keyboard input if the game malfunctions at all. If an application exits or becomes completely unresponsive, Windows will automatically remove the block.  If it somehow fails to detect that the game has become unresponsive, Ctrl-Alt-Del cannot be blocked for technical reasons and can always be used to close the game.

Everything listed above requires me to include this disclaimer:

THE SOFTWARE IS PROVIDED "AS IS", WITHOUT WARRANTY OF ANY KIND, EXPRESS OR IMPLIED, INCLUDING BUT NOT LIMITED TO THE WARRANTIES OF MERCHANTABILITY, FITNESS FOR A PARTICULAR PURPOSE AND NONINFRINGEMENT. IN NO EVENT SHALL THE AUTHORS OR COPYRIGHT HOLDERS BE LIABLE FOR ANY CLAIM, DAMAGES OR OTHER LIABILITY, WHETHER IN AN ACTION OF CONTRACT, TORT OR OTHERWISE, ARISING FROM, OUT OF OR IN CONNECTION WITH THE SOFTWARE OR THE USE OR OTHER DEALINGS IN THE SOFTWARE.